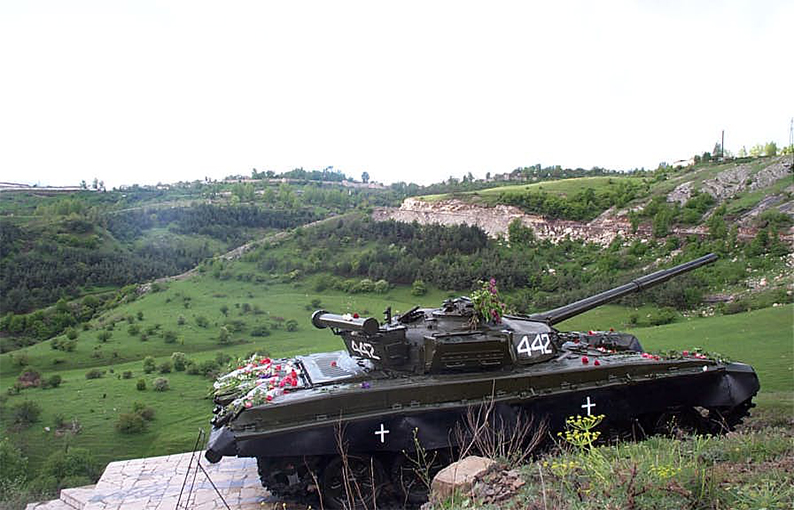 After six years of fighting, hostilities ended with a cease fire signed on May 12, 1994 by Armenia, Azerbaijan and the Republic of Artsakh.

Thanks to president Aliyev of Azerbaijan and president Erdogan of Turkey we are reminded that cease fires can be broken at any time and aggression on the Armenian and Artsakh republics can be resumed with intensity.

The threats and ultimatums have been escalated by bombardment of villages, border skirmishes and the expedition of military technology, trainers and mercenary “volunteers”.

The reaction of the international community (including some entities Armenians consider as allies), has been consistent:

Regret that hostilities have started, with no mention of who started this latest phase of escalation.

An appeal to a cease fire, even though there is an OSCE Minsk Group created in 1992, that is missing in action.

It seems that the general attitude is wait-and-see, or let-them-consume-their-pent-up-energy.

Of course, there is the traditional diplomatic double-talk that is devoid of any content.

The reaction in Armenia (where I am) has been generally muted:

The pandemic is still the main time-consuming topic in the mass media. Periodically, there is a military briefing with basic information.

There are repeating images of explosions on hilltops; but what is remarkable, is the absence of journalists reporting from the front (with the exception of civilnet (Tatul Hagopian).

The lack of correspondents on the front is filled by pundits on TV who are dispensing partial views of the escalation. In general:

The economic analysts stress the fact that this is a diversionary tactic because of the economic issues that Azerbaijan faces.

The political analysts stress the attempt by president Aliyev to divert the attention of the populace from the political and social issues they face.

The ‘couch generals’ exhort the populace about the Armenian fighting spirit.

This is a fundamental misunderstanding of the conflict and therefore the analysis is flawed, because it loses focus of the main dispute.

The latest phase of this war began in 1988 when the Soviet Union started disintegrating and the Karabagh Armenians demanded the transfer from Soviet Azerbaijan to Soviet Armenia.

Social media is filled with morale boosting articles and images on both sides. It is doubtful whether these will have any long-lasting effects.

What is significant though, is that the fifth column in Armenia has escalated its efforts to divert attention to the shortcomings of the government and sowing discord. This has become a serious threat for national security and needs countermeasures.

To sum-up part 1, let me iterate a few points:

This is a long-standing conflict. It started in 1905 with the instigation of Tsarist imperial services to impede secession tendencies of the periphery of the empire. These same services were busy quelling a revolt in the heartland.

This conflict has regional players who also have designs of their own. For example, Pan-Turanism advocated by Enver pasha and the battles in the Caucasus during WWI are patent indicators of regional actors in South Caucasus.

The firing of the longtime foreign minister of Azerbaijan, Mr. Elmar Mammadyarov might signal a pivot towards Turkey. At the same time, Ahmet Davutoglu’s Turkey policy of “zero problems with neighbors” has been completely reversed. Turkey has moved to an expansionist policy.

On the Armenian side, it is important to solidify bilateral relations with regional actors.

We need to shift focus on:

The long-term aspect of this war. This is a marathon and not a sprint (for a few days). As such, the Armenian people have to be prepared for it.

Economic capacity of Armenia/Artsakh vs. Azerbaijan; not the latest oil market instability (the latter is one item only).

The increase of GDP in Armenia is of paramount importance; especially in view of the volatility of the tourism sector.

Military technology: The fact that the Armenian side downed an Israeli Elbit Systems Hermes 900, is interesting. But the main question is whether the technology employed was developed internally or was it imported to be used as a proving ground for other theatres.

Already, the Israelis are in Azerbaijan reviewing, analyzing the cause of this failure, and preparing the profile of Hermes 1000 with its price point. See the evolution of Hermes 450 to Hermes 900.

The issue of UAVs is serious as Turkey has invested heavily in the domain and has achieved a remarkable level of sophistication.

A couple of weeks ago, there was a lot of brouhaha about Armenia assembling 50,000 AK-103 rifles annually for the Kalashnikov Group.

Wars are not won by importing weapons from abroad. That is a sure way of depleting your treasury.

The morale of the Armenian people and the Armenian army is important. That is why social media trolling and disseminating discord have a long-lasting negative effect. It is important to start thinking seriously about neutralizing this force.

As carl Von Clausewitz said: War is nothing but a continuation of politics with the admixture of other means.

type the keyword and hit enter