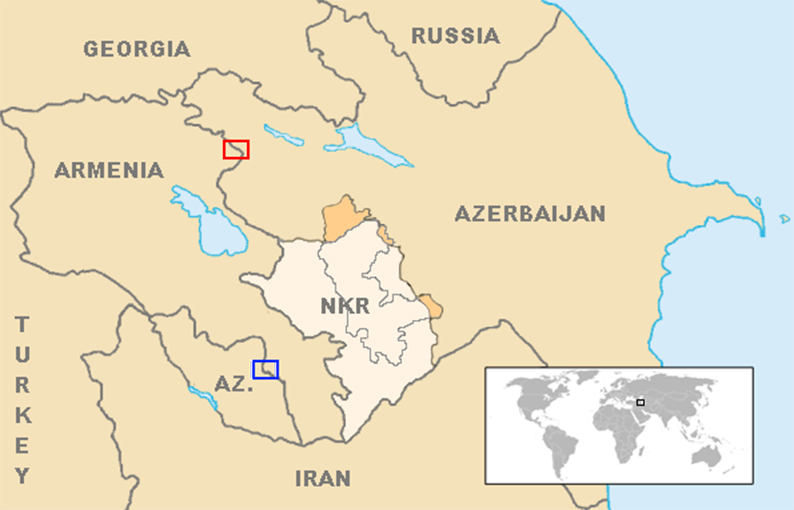 A cease fire was signed on May 12, 1994 by Armenia, Azerbaijan and the Republic of Artsakh. This cease fire was violated quite a few times and the latest clashes started on July 12, 2020; in the province of Tavush, Armenia. It is significant to stress that the Tavush province is in Armenia proper and not in Artsakh.

The latest aggression is against our nation-state; and it is the right of the state and the nation to defend themselves.

The Armenian army is fighting against numeric odds and is quite successful in its mission of defending the territorial integrity of Armenia; but I would like to focus on the role of the Armenian nation in this war.

We have a playbook; and we followed this playbook like attentive students without any deviations. I will enumerate a few examples:

After 3 days there were TV videos of shattered glass, broken windows, villagers pointing to where bombs fell on the roofs, and some remnants of shells on the ground (the victim syndrome).

Pundits exhorted the combat virtues of the fighting boys.

Thousands of Diaspora Armenians changed their Facebook images by including a banner (With Our Soldiers) in support of our armed forces.

While all these are commendable, they should be part of a wider national mobilization and a strategy of border security, where the whole nation participates in different roles.

All villages near the Azerbaijani border (including Nakhichevan) need to be reinforced with:

A secure shelter network where the populace can take refuge during times of crisis.

Special obstacles to prevent enemy snipers having a line-of-sight and disrupt freedom of movement.

Special barriers and mechanisms for the persistence of economic activity, whether that is agricultural work or otherwise.

All the above within a framework of defense-in-depth where there are layers and layers of security mechanisms.

For me, the litmus test is to be able to continue schooling of children (whether in class or eLearning) during regular harassment skirmishes with light arms.

I grew up in the Middle East and therefore I will give examples from my own background.

In the Golan Heights where initially, the Syrians occupied the heights, the Israelis continued their agricultural work by reinforcing their tractors with armor to repel small arms fire. They built up their population in the region while the Syrians depleted the villages on their side of the border. Eventually, during the Six-Day war in 1967, the Israelis occupied two-thirds of the Golan Heights and passed the ‘Golan Heights Law’ in 1981 to annex the region.

The Kibbutz system is an interesting model to review and emulate if possible. “In 2010, there were 270 kibbutzim in Israel. Their factories and farms account for 9% of Israel’s industrial output, worth US$8 billion, and 40% of its agricultural output, worth over $1.7 billion. Some kibbutzim had also developed substantial high-tech and military industries. For example, in 2010, Kibbutz Sasa, containing some 200 members, generated $850 million in annual revenue from its military-plastics industry” (Wikipedia).

This is a tried and proven system for border security that was developed as a communal settlement movement.

As an anecdotal side comment, I had a girlfriend in Beirut Lebanon who was of Jewish decent. At the start of one summer she informed me that she will be abroad for a couple of months and when I insisted on knowing more details, she said that she was going to a Kibbutz in Israel to spend the summer and give her contribution to the cause. She said “I will wave from the other side of the border” ……

As for who will be undertaking these initiatives of border security; there is enough space for quite a lot of different entrepreneurs and specializations.

− Architectural firms can develop models and blueprints for different types of shelters.

− Construction companies can build the shelters and also erect barriers to ensure freedom of movement.

− Educators can develop an educational system for schooling that is resilient to interruptions.

− Others can help with the provisioning and distribution of food material.

− The examples are many and only limited by our imagination.

To sum-up part 2, let me iterate a few points:

Hopefully, we can develop a new playbook where our mass media would report on new territory won.

I am from the Vietnam era where hill battles (Hill #882 – The Battle of Dak To, Hill #937 – Battle of Hamburger Hill) do not mean anything. The Americans won those hills and battles but eventually lost the war.

This is a long-term war and we need to have a defense-in-depth strategy with layers and layers of defensive and offensive capabilities. That strategy has to be implemented by a number of participants from our nation including professionals from Armenia/Artsakh/Diaspora.

The morale of our nation cannot be neglected and active/effective steps need to be taken to neutralize the fifth column in Armenia/Artsakh/Diaspora.

Finally, for all those who think that this is too much work to initiate. Please contemplate what would happen if the Azeri army makes a breakthrough. Remember the destruction of Shushi in March 1920, the pogrom of Sumgait in Feb/March 1988 and the pogrom of Baku in January 1990.

− The object of war is not to die for your country, but to make the other bastard die for his.

type the keyword and hit enter